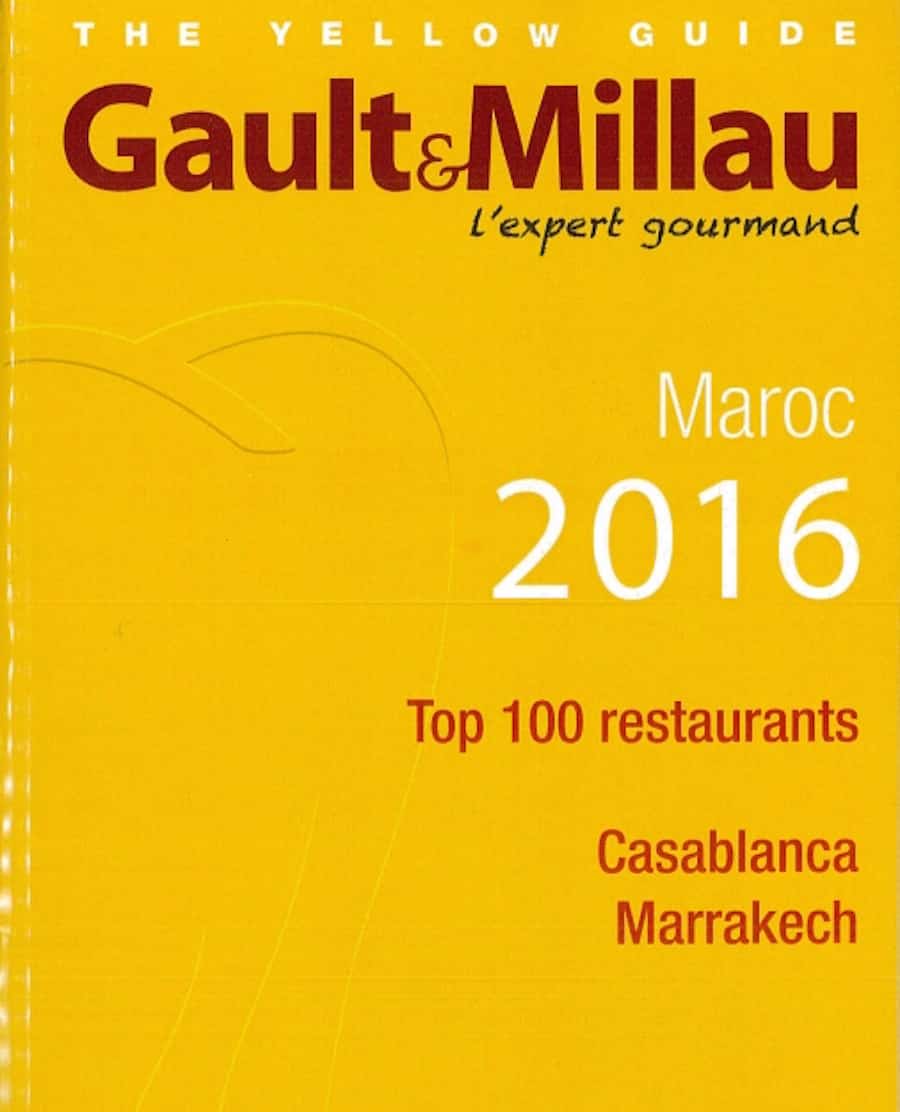 Most of Unitours partners are also listed in this guide!

For the first time, the famous Gault & Millau guide is published in Morocco. A guide that will showcase the wealth of Moroccan terroirs, the talents of Moroccan chefs and the diversity of Moroccan gastronomy.

This first guide “Gault & Millau Morocco” is published on the occasion of the largest gathering of heads of state around the future of the planet, giving thus a strong message to celebrate the terroirs of Morocco.

This  “Gault & Millau Maroc” includes a selection of the 100 best tables from Casablanca and Marrakech and will be an essential tool for the choice of gourmets. Edited at the initiative of Kamal Rahal Essoulami,- President of the Moroccan Federation of Culinary Arts and Director General of RAHAL Group – and Côme de CHERISEY,-  President of Gault & Millau International -;  this guide is a celebration of the richness of Moroccan culinary heritage and of  the talents that keep it alive everyday. It is also a tremendous lever for the development of tourism in Morocco.

Several Moroccan Chefs were rewarded on this occasion.

Gault & Millau is a French gastronomic guide founded in 1972 by Henri Gault and Christian Millau, two journalists and French chroniclers who became gastronomic critics. They were the propagators of the “nouvelle cuisine”, launched in 1973, which was characterized, among other things, by valorization of products, attention to cooking and the elimination of stereotyped sauces: a return to basic flavor food.

It is a very influent guide by its critics and its impact on the attendance of a restaurant. Gault & Millau is present today  in 12 countries around the world.

Join our newsletter
Go to Top
We use cookies to ensure that we give you the best experience on our website. If you continue to use this site we will assume that you are happy with it.Ok